How to Heat an IBC Tote 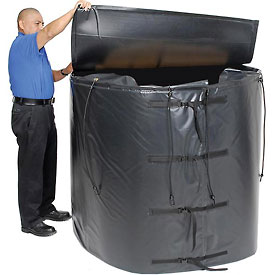 How to Heat an IBC Tote |

The most ingenious methods ever imagined have been employed to heat the precious contents of an IBC Tote.  So how do you heat an IBC Tote?  New to the market are full-wrap heated jackets that fit snugly over and around your IBC.  We prefer the Powerblanket over the BriskHeat because of its unique design to wrap around poly and steel IBC tote tanks and provide a barrier of uniform directional heat to the entire surface of the container.  They call it GreenHeat Technology… but we’ll get into more of that later.  Here, we examine the 2 main manufactures, namely POWERBLANKET & BRISKHEAT.

Powerblanket Tote Heaters use a patented heat spreading technology called GreenHeat to evenly distribute the heat to the entire blanket surface.  Testing shows that the Powerblanket heats quicker and uses considerably less energy than the comperable BriskHeat model. All Powerblanket models (including the TH275 & TH330) also include the top cover, which unfortunately is an additional charge on the BriskHeat version.  Average price for the Powerblanket TH330 – 330 Gallon IBC Tote Heater is $1,599 (TH275 runs $1499) and is in stock and available online @ HEAT AUTHORITY or by calling (866) 805-HEAT. Also available in larger and smaller versions.

The BriskHeat 330 Gallon Tote Tank Heater comes well packaged and includes two separate heat zones.  This feature is useful when the tank gets low and only the lower portion needs to be heated.  We found the cost of the BriskHeat to be considerably higher and does not include the top cover which is needed in almost all circumstances.  Expect to pay (on average) about $600 more for the BriskHeat model compared to the Powerblanket.  If dual heat zones is mandatory, and price isn’t a factor, then this unit is probably for you.  Also available online from several distributors, with best pricing and availability found @ HEAT AUTHORITY. 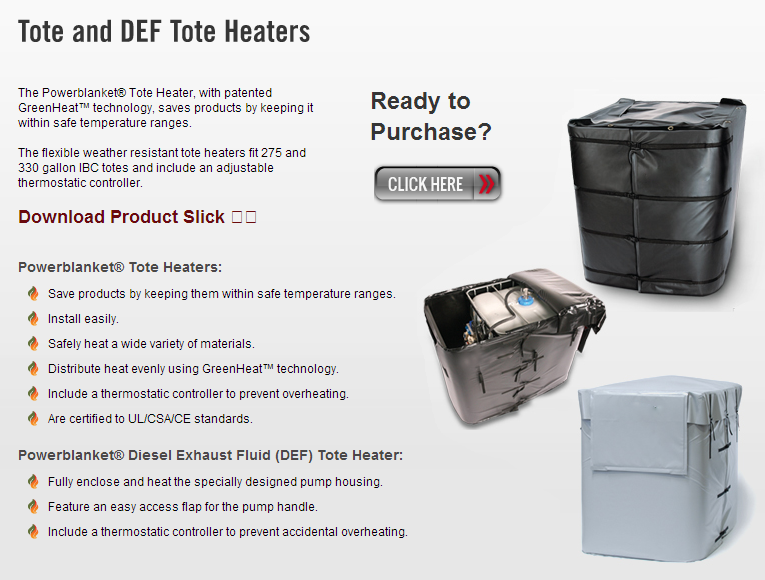 Powerblanket does not sell Tote Heaters direct to the public.  The most reliable online distributor for any Tote Heater product line is Heat Authority, which we found to have adequate Heaters in stock & on hand and the ability to next day shipments if needed.